Full Name
Rei Inamoto
Job Title
Panelist
Speaker Bio
Named in Creativity Magazine's annual "Creativity 50" as well as one of "the Top 25 Most Creative People in Advertising" in Forbes Magazine, Rei Inamoto is one of the most influential individuals in the marketing and creative industry today.

With a broad international experience in Asia, Europe and the US as well as an unusual combination of background in advertising, design and technology, Rei brings a unique perspective to his work.

Until the fall of 2015, Rei served as Chief Creative Officer of AKQA worldwide, responsible for delivering creative solutions for the agency's clients such as Audi, Nike, Xbox and many others. Since he arrived in 2004 at the agency, his presence has been instrumental in bringing AKQA the highest recognitions. In 2009, AKQA became the first agency in history to receive five Agency of the Year accolades from publications such as Adweek, Creative Review and Campaign. It was also selected as one of the Fast Company's 50 Most Innovative Companies as well as Advertising Age recognizing AKQA as one of the top Ten Agencies of the Decade. In 2012, Rei was inducted into "The Hall of Achievement" by the American Advertising Federation, honoring the top young talent of the industry.

In late 2015, Rei - along with Rem Reynolds, a former Managing Director of AKQA in New York - founded Inamoto & Co, a company that focuses on Business Invention for brands and consumers with Design, Data and Technology at its core.

Rei is a frequent speaker at numerous conferences such as Cannes Lions Festival of Creativity, SXSW and Spikes Asia to name a few. His writing and opinions have been widely published in publications like Fast Company, Wired and Contagious Magazine, making him a thought leader and a prominent voice in the industry.

Originally from Tokyo, Rei spent his childhood and teenage years in Japan and Europe. He then moved to the US to complete his university studies with degrees in fine arts and computer science – all before people were broadcasting their feelings, talking in 140 characters or less, or becoming friends with people they didn't know. He currently resides in New York.
Speaking At
Panel #2: So What Do You Really Want? 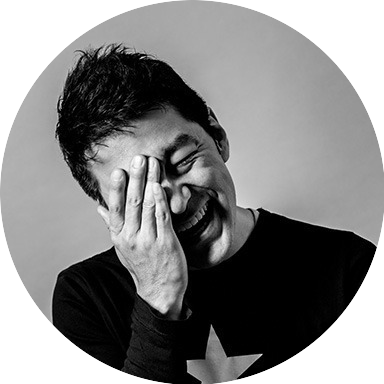